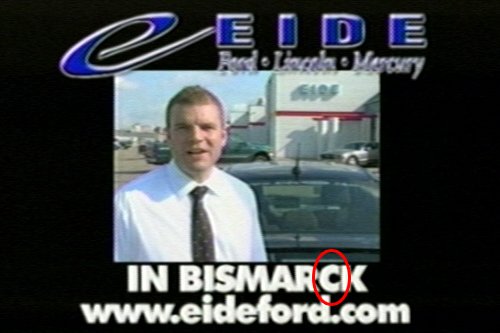 I had to chuckle when I saw this ad for Eide Ford last night – Bismarck was missing a C! It’s no surprise, really…these ads aren’t produced in Bismarck, or even in North Dakota to the best of my recollection. When I was in local television, they were shipped in from out of state and aired locally. At that time I think it was South Dakota, now it seems someplace that doesn’t know how Bismarck is spelled.

In any case, I saw the ad go by this morning with the C where it should B. No harm, no foul. At least somebody else caught it and fixed it. It would be pretty embarassing to have your business’s home town misspelled on an ad trying to earn the trust of people in that town: 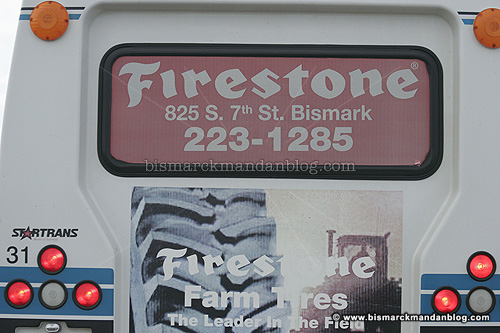 Oops. As far as I know, this one might still be driving around. Is it the fault of the advertiser? Probably not, unless they were shown a copy of the ad to approve before it went on the bus. That’s standard procedure. But the initial typo is most likely not theirs. Unfortunately, it’s their name that gets associated with the misspelling. 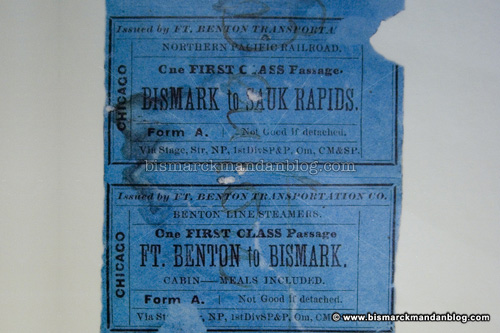 No worries, this has been going on since the 1800s. Sooner or later we’ll all get it right. Until then, it’s just fun to point it out. Remember when the phone books had it wrong a few years ago? That even made the news! I’m glad I live in a community where misspelling it on the phone books is newsworthy. Besides, it helps hone the proofreading skills.