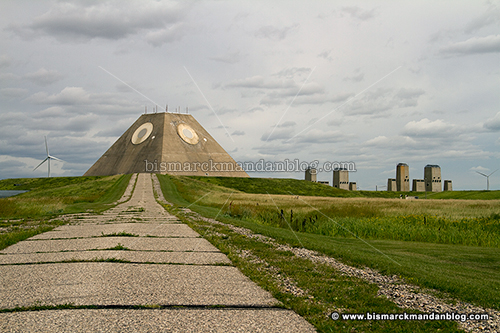 This giant pyramid is about the last thing you’d expect to find out in the middle of the North Dakota prairie… yet here it sits. It’s part of the defunct Stanley R Mickelsen Complex, part of the Safeguard anti-ballistic missle program. 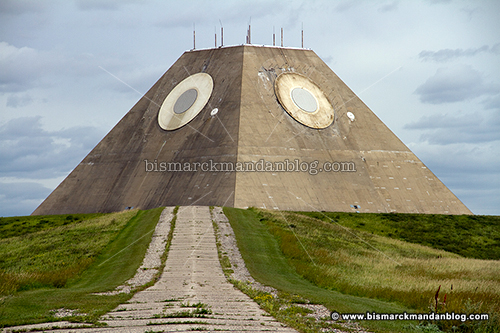 The pyramid is the most striking feature of this complex, which operated for about four months before being closed. It housed the Missile Site Radar (MSR) with circular antennae on all four sides of the pyramid. This phased-array radar allowed tracking of incoming ballistic missiles as well as control of the ABMs. 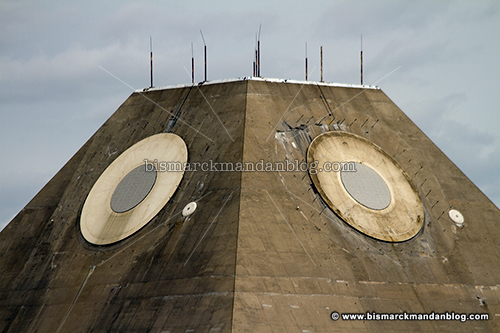 Sadly, this structure has seen better days. The inside is flooded and the equipment has been removed. The outside is beginning to show its age as well. Can you imagine the power needed to operate these huge arrays? 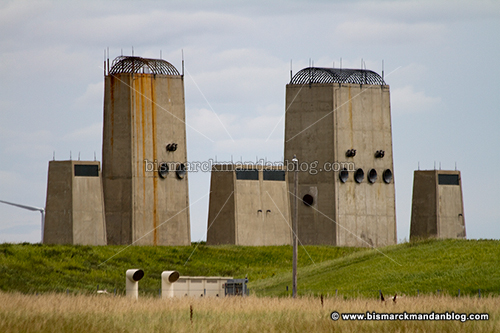 That’s what these giant structures are for. Among the more confusing of the site’s many protuberances, these are actually the intakes and exhausts for six absolutely monstrous engines, used to spin generators capable of powering the facility. 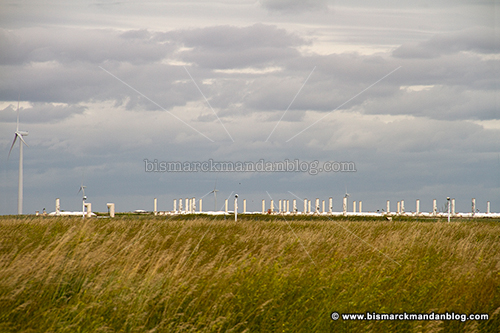 Without an aircraft I can’t give you a photo of this that does it justice. It’s the missile field, which at one time contained both Spartan and Sprint anti-ballistic missiles. The Spartans were designed for long-range interception, and in case of failure the Sprints would be deployed. Both used nuclear blasts to knock out an incoming warhead, which due to EMP concerns really isn’t practical. One cool thing is that the Sprint missiles went from zero to Mach TEN in five seconds. How do I strap one of those to my Suzuki?

This base was built in the 1970s, operated for a matter of weeks, and was then shut down. The town was all set for the boom of having a military base next door, and then suddenly it all evaporated on them. Here’s a must-read article about the impact of this base’s construction and subsequent closure on the little town of Nekoma.

The Library of Congress has a small collection of photos from the site’s construction available online. A really nice aerial photo of the facility is available on Wikipedia and I think may come from the LoC collection.

Here’s a link to a Google Map I’m working on with various photo sites marked for your enjoyment. This link will allow you to view the site from above via satellite. This gives a good idea of what the missile fields look like.

Many more mundane buildings still inhabit this facility, although the base housing has been moved away. Various shops, administrative buildings, the security station, the chapel, and other such buildings are still maintained on site in case the Army chooses to return.

WARNING * (Don’t say you haven’t been warned) * WARNING
This base, while abandoned for purposes of the Safeguard program, is still a US Army facility and protected government property. YOU MAY NOT ENTER THIS PROPERTY WITHOUT PERMISSION. PERIOD. I don’t know what the punishment is for trespassing on a site like this, but I don’t recommend it. You can get really great views from the road on the south side. While doing so you’ll see signs indicating that this still belongs to the Army. Take them at their word.

I wish I’d taken photos of some of the other buildings in the area, including the chapel with the Christmas decorations still hanging in the window. If I find myself in the area again, I’ll be more thorough.

(UPDATE) I came across this website today, srmsc.org. It’s got a ton of information about the entire Mickelsen Complex and its function. Check it out!