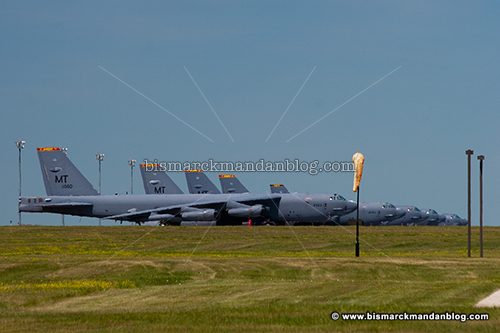 No, I didn’t find myself on the tarmac looking at the flight line on our Cold War Mancation™…this photo is from another time. We did, however, wrap up the Mancation with a stop in Minot. I wanted to make it to the vicinity of MAFB and gaze over/through the fence, but it was getting late. There is, however, one place along the highway en route to the Air Force base that was worth visiting. 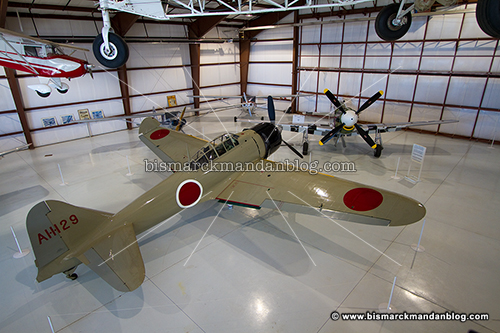 This is a view from inside the Dakota Territory Air Museum just north of Minot, appropriately adjacent to the airport. On our trip we ended up arriving a little too late to get in, so I brought my toddlers up later. What you’re looking at is one of the few flying Japanese “Zero” aircraft, named “The Last Samurai.” Read more about it by clicking here. This thing is an amazing work of art and detail. It’s a carrier model, with wing tips that fold up to allow greater aircraft capacity on the carrier. 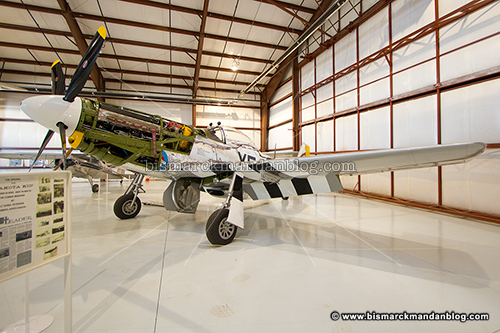 Facing off against the Zero is this brilliant restoration, a P-51 Mustang. On the day when we arrived, the engine and other tasty bits were exposed for all to see. It’s interesting how a tool of warfare can be so striking and beautiful. I’m not the kind of guy who gets all wound up about old cars and stuff, but this machine is just downright breathtaking. 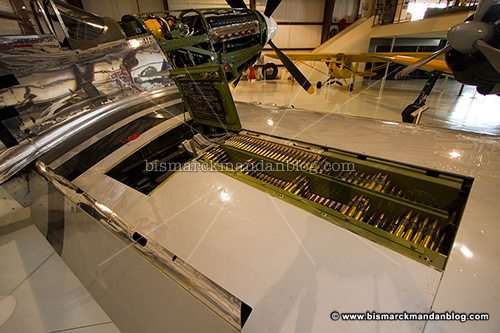 Also breathtaking are the dual .50 caliber Browning wing guns! We were lucky in that the panels covering the aircraft’s armament were open as well. I’m pretty sure there are plenty of problems whose best solution is a belt-fed .50 cal!

This is where we wrapped up the Cold War Mancation™. We put our noses to the glass a little bit and pointed the truck back toward Bismarck-Mandan. These pics aren’t from that exact visit, but hopefully you get the idea. There are plenty of other really cool photos from this road trip, including some other striking landmarks, that I’ll be trickling out as time allows.

By the way, you really need to visit the Dakota Territory Air Museum. It’s not just a hangar full of planes; it’s three buildings of history and more! I’ve got lots of pics that I took with my toddlers that I’ll post down the road as well.

One other thing: I believe the Minot Air Force Base is hosting their biennial Northern Neighbors Day air show & more this summer! Stay tuned for more…